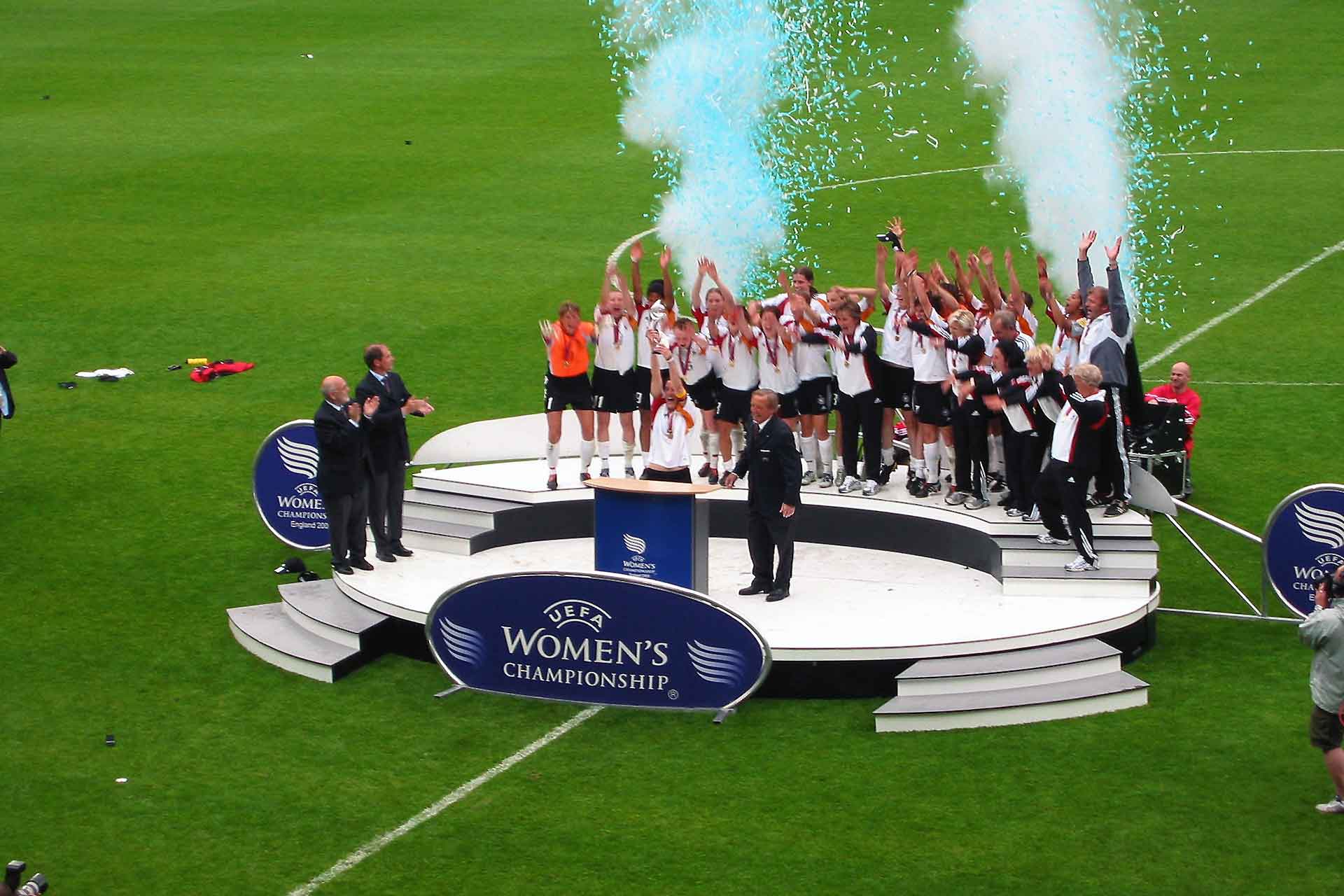 Today marks 2 years until the commencement of the 13th UEFA Euro Women’s Championship and in 2022, it will be 40 years since the first European Women’s competition in 1984. The UEFA Women’s Euro 2022 will be hosted in England with matches to be played in different host cities and stadiums.

The inaugural competition was launched in 1984, this competition included four teams and was named the “UEFA European Competition for Representative Women’s Teams”. The original tournament held competitions in 1984, 1987, 1989 and included teams amongst the three competitions from Denmark, England, Italy, Norway, Sweden and West Germany.

It is important to acknowledge there were two unofficial tournaments that took place in 1969 and 1979, that included teams from Denmark, England, France and Italy. Due to the  expansion of women’s football all over the continent during this period, the competition received the European Championship status from UEFA around 1990.

In fact, the success of the tournament led to a government reception at the House of Commons where the English Football Association was recognized for their organisation of an event which drew unprecedented crowds and broke television viewing records. The then UEFA CEO Lars-Christer Olsson stated, “the fact we were successful in the homeland of football will also have positive effects in all other countries around Europe. I’m sure we will move women’s football to another level.”

Bidding for visibility and growth

The Football Association (England) submitted a bid in the summer of 2018 to host the 2021 UEFA European Women’s Championship, the bid included concepts of how the competition would further increase the visibility of women’s football and support the growth and development of football across the UK and Europe. Following the announcement in December 2018 that England were successful in their bid, at this point Martin Glenn, The FA’s chief executive officer, stated: “Our bid to host UEFA Women’s Euro 2021 reflects our strong commitment to supporting and growing women’s and girls’ football in England.”

To ensure impact and legacy nationally, The Football Association scheduled for stadiums across England to host the various fixtures, including:

In terms of the impact of hosting the tournament on the development and visibility of women’s football, in an article from 2018, Baroness Sue Campbell, the FA’s director of women’s football, said: “This is fantastic news for the future development of girls’ and women’s football in England. Tournaments of the scale and profile of Euro 2021 have the power to inspire a new generation of young girls, and women of all ages, to get involved in the sport – as well as the opportunity to grow support for the women’s game at both a club and national level.” She added that; “A home Euro in 2021 has the potential to be a pivotal moment in the development of the women’s game in England.”

As soon as it was announced on March 17th, 2020 that the Men’s UEFA EURO 2020 would be pushed back to summer 2021, the question still remained open as to what would happen with the Women’s EURO 2021. Soon enough, the UEFA Executive Committee confirmed that the UEFA Women’s EURO 2021 would be postponed until summer 2022 and would be planned to be played in the same venues as the original proposal. When speaking to the rescheduling of both the men’s and women’s EURO competitions, UEFA President Aleksander Ceferin said: “We have carefully considered all options, with our commitment to the growth of women’s football at the forefront of our thinking. By moving UEFA Women’s EURO to the following year, we are ensuring that our flagship women’s competition will be the only major football tournament of the summer, providing it with the spotlight it deserves.”

Nadine Kessler, UEFA’s chief of women’s football offered the perspective from women’s football: “the core question guiding us together with the English FA was: what is best for women’s football?” She added that “UEFA Women’s EURO is Europe’s biggest women’s sport event. It is also among the biggest sports events in the world, and therefore needs and deserves a platform of its own.” In order to have this unique platform, Kessler and Baroness Sue Campbell assert that the decision will allow for the delivery of a tournament that attracts global attention, maximizes media coverage, increases match attendance with the aims of inspiring the next generation of footballers and delivering on an unforgettable event.

The 2022 tournament might bring “football home” in a profound way. With much interest developing in England for Women’s football, records are set to be broken in terms of attendance and increasing the engagement of girls and women in football.

The statements above were made when it was assumed that women’s football would continue to develop as it had been up to that point. There is emerging research and reports, for example from FIFPRO, that women’s sport and women’s football have been severely impacted by COVID-19. Although the Women’s Super League in England ended on 25th May, the restart of women’s football in England is important and it has been confirmed that 7m per year has been ring fenced to support the impact of the women’s game.

Given this context, what kind of legacy can be expected for such a tournament, in respect of players, coaches, volunteers and officials? What impact could such a championship then have on national competitions, in terms of spectatorship and fandom? And looking back, how do socio-cultural and economic developments relate to the development of the women’s competitions in England and beyond?

Today Wembley would have a Euro 2020 semi-final. Also the UEFA 2021 Women’s Championship is pushed to 2022. A chance to look forwards and backwards.