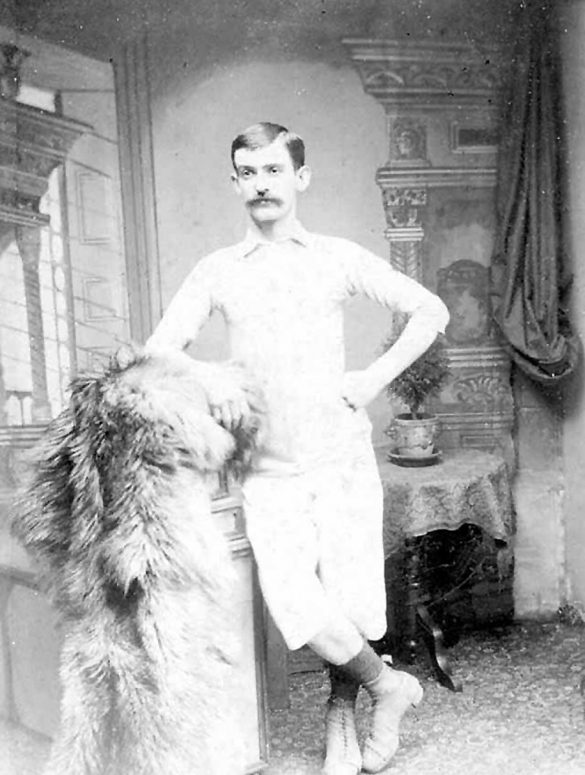 Fergus Suter was born in Glasgow in 1857. He worked for a time as a stonemason, but his talent as a footballer drew him into a career as a semi-professional. Fergus played for Partick from when the club was founded in 1875 but money tempted him south to play for Darwen in 1878.

Darwen, near Blackburn, was on the working-class side of English football’s class divide. Fergus Suter had a job in the owner’s cotton mill, but was really paid to play football. His team-mates were working men like himself. Suter’s most famous match for Darwen was a 5-5 draw against Old Etonians in the FA Cup. In 1880, Fergus was persuaded to join Blackburn Rovers, Darwen’s richer neighbours, who paid him more money. He stayed at Blackburn for nine years, achieving much success. Blackburn won three FA Cup finals in a row in 1884, 1885 and 1886.

Fergus Suter’s time at Blackburn lasted long enough for professionalism to be legalised, in 1885, and for the Football League to be formed in 1888. By then Suter was in decline; he played in only one Football League match before retiring as a player. He stayed in Lancashire, managing the Millstone Hotel in Darwen. Fergus Suter died in Blackpool in 1916.

Fergus Suter was from a working-class background in a tough district of Glasgow, on Clydeside. He was one of the first (semi)professional footballers, brought south to industrial Lancashire because of their valuable skills. This was controversial; professionalism in football was not legal until 1885. Many teams Fergus played against were “gentlemen amateurs”; rich aristocratic men educated at private schools like Eton.

Educators could look at the life story of Fergus Sutter and work with young people to consider this question:

An interesting, if fictionalised view of Fergus Suter’s time playing for Darwen and Blackburn can be viewed in the Netflix series The English Game (reviewed here by Football Makes History), which shows a vivid contrast between Fergus Suter, working-class professional, and aristocratic Lord Kinnaird, the Old Etonian who became President of the FA.

Fergus Sutter was one of the first (semi)professional footballers, playing against aristocratic players. A story of origins. 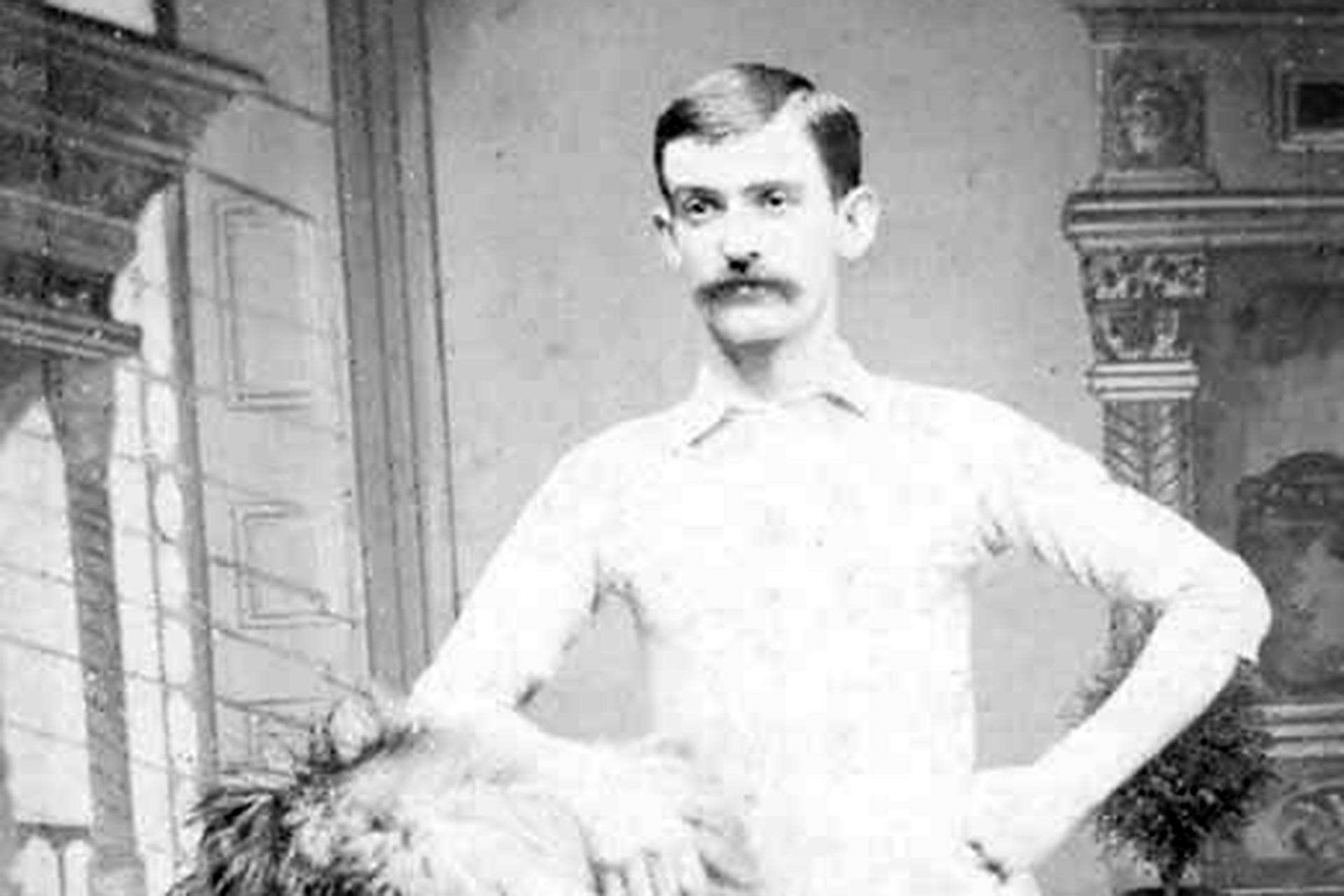