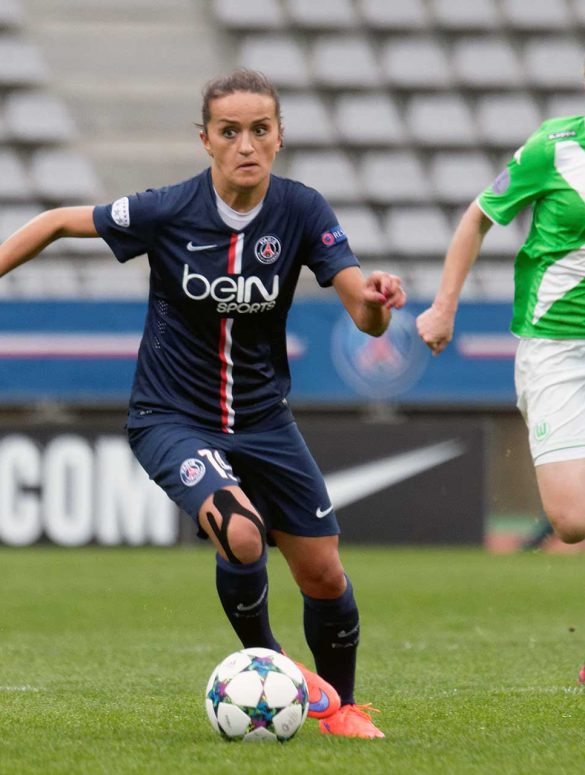 From Refugee to World Champion

Fatmire ”Lira” Bajramaj was born in 1988 in Istok, Kosovo, at that time the Federal Socialist Republic of Yugoslavia; her parents were ethnic Kosovar-Albanians. In 1993, when she was five, the family migrated to Germany as refugees from war. Fatmire’s talent shone in youth football; by the age of 16, she was playing for Duisburg in the Women’s Bundesliga. Fatmire had success with Duisburg. The team was always near the top of the league table and won the UEFA Women’s Champions League as well as the German Cup.

In 2005, aged 17, Fatmire won the first of her 79 caps for Germany; and was part of winning the 2007 World Cup. She moved to FFC Turbine Potsdam in 2009 and won two Bundesliga titles and another UEFA Champions League. In 2011 she made a big-money transfer to Frankfurt; in 2014 she moved to Paris St Germain. In 2009, aged 21, she was already famous enough to publish her autobiography, “Mein Tor ins Leben”.

In 2013, Fatmire Bajramaj married Enis Alushi, another Kosovar-Albanian professional footballer; she missed the 2015 Women’s World Cup because she was expecting her first child. At the time, she planned to resume playing afterwards, but in 2017, aged only 28, she decided to retire.

As a little girl, Fatmire Bajramaj Alushi was a refugee from war. As an immigrant in Germany, she achieved star status in German women’s football, without rejecting her Kosovar-Albanian roots. She might well have gained even more success in football but decided being a mother was more important.

Educators could look at the life story of Fatmire Alushi and work with young people to consider this question:

If you want to read more about Fatmire Alushi, read this. You can also check out this article by ESPN.