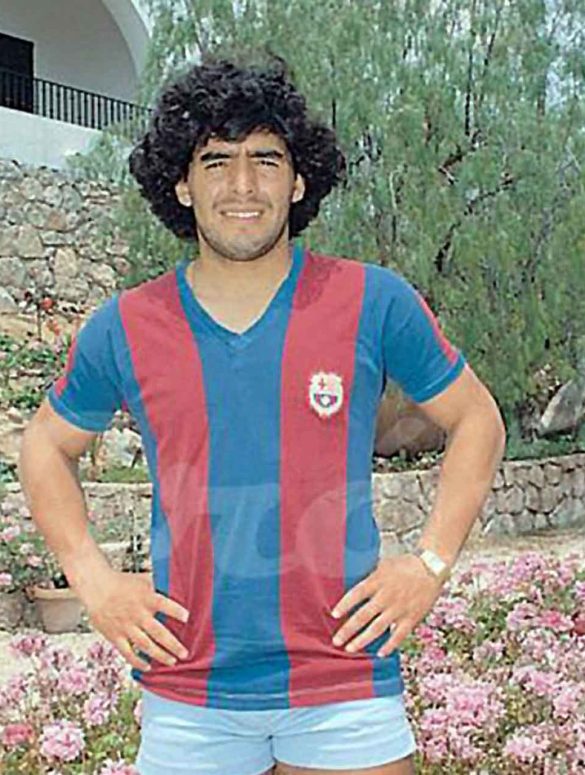 Diego Armando Maradona was born in Buenos Aires in 1960. He grew up with a poor family in Villa Fiorito, a shanty town on the edge of the city. It was soon obvious Diego was an exceptional talent. He started with Argentinos Juniors aged 16. He joined Boca Juniors in 1981 and was a star for Argentina at the 1982 World Cup. This led to a move to Spain, to play for Barcelona.

At Barcelona, Maradona played well and the team won trophies, but his volatile temperament caused problems. In 1984 at a match against Bilbao watched by the King of Spain, Maradona started a fight that led to a mass brawl. Barcelona sold him to Napoli. Maradona had found it hard to fit in with a different culture at Barcelona, but Naples was different. Napoli fans adored him, he was happy, the team won two league titles, the first ever by a team from Italy’s South. Maradona’s time as “Saviour” of Naples coincided with his leading Argentina to win the World Cup in 1986.

Trouble always followed Diego Maradona. There were violent incidents, fines for missing training, problems with his weight, and his use of cocaine. He was banned for a year for failing a drug test. He left Naples in 1992. He managed clubs in Argentina, as well as the national team. Controversy followed him. He fired an air rifle at reporters. He had financial problems. Most people prefer to remember the legendary player, not how his later life turned out.

Diego Maradona began life in a poor district on the edge of Buenos Aires. His origins helped to make him a natural genius on a football field, but did not equip him for a life in the limelight of celebrity. Maradona achieved both fame and fortune but did not find it easy to live with either. Migration to another country and culture can be difficult. Maradona had very different experiences in Barcelona and Naples.

Educators could look at the life story of Diego Maradona and work with young people to consider how the story of Maradona is intertwined with the globalisation of football, as well as the emergence of “rock and roll” lifestyles. What is the relation to migration?

A lot has been said and written about Diego Maradona. Iconic moments in his career can be found on the official FIFA YouTube channel. Various well narrated accounts of his career and life can be read on These Football Times.

Migration from shanty town to global fame and struggle.