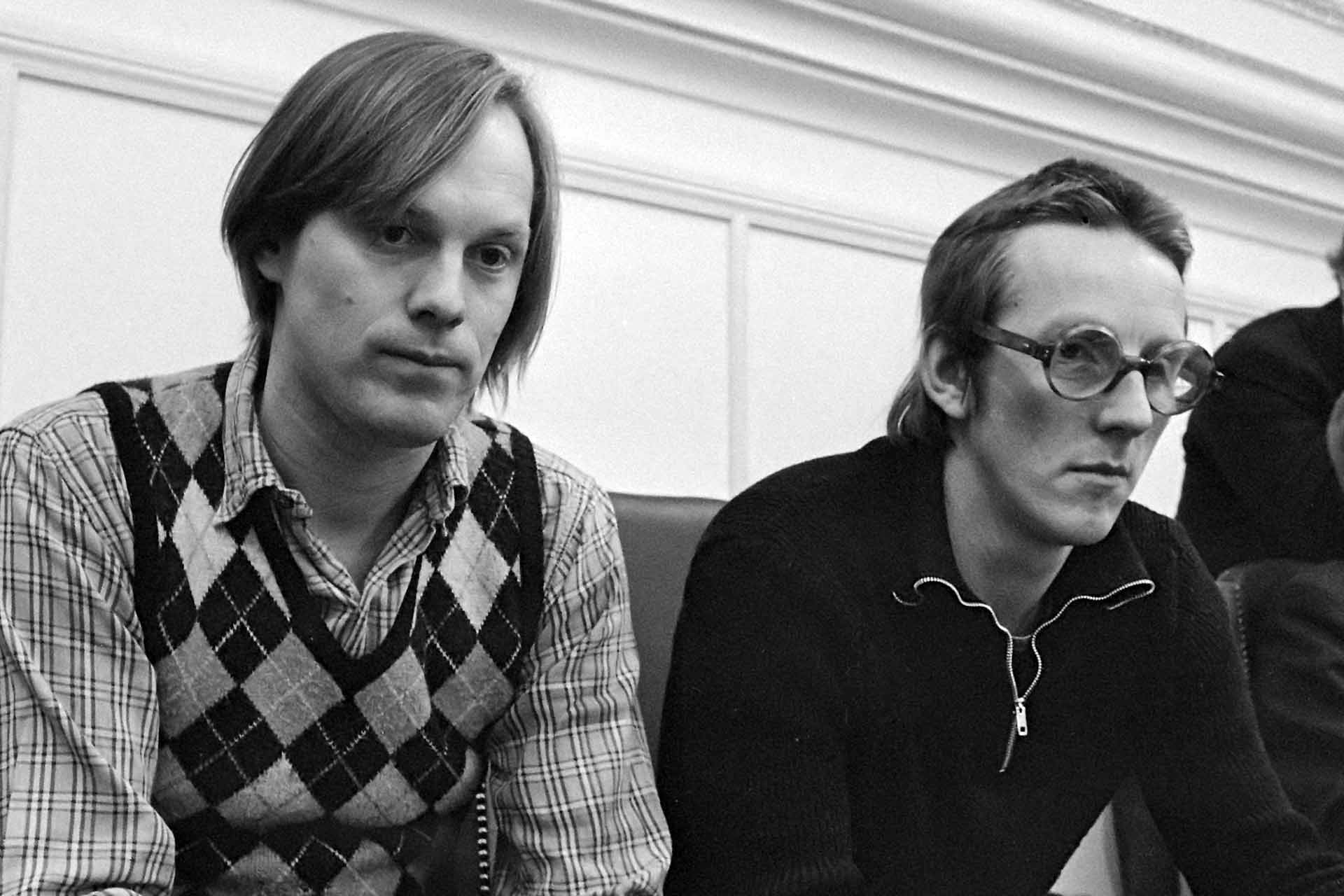 Blood on the goalpost

Societal pressure against participation in a political contested World Cup

Home
Stories
Blood on the goalpost

On this day, 2 March, in 1978, from a theatre in Groningen, the Netherlands, two young artists sent an unequivocal message all the way to Buenos Aires, Argentina: we know what is going on and we will not stand for it. Freek de Jonge and Bram Vermeulen, who together formed the cabaret group Neerlands Hoop in Bange Dagen, were closing a nine-show tour of the country.

The show was entitled Blood on the Goalpost (Bloed aan de Paal) and it was a scathing critique of the organisation of the 1978 World Cup in Argentina. In principle, it was a denunciation of the Argentinian junta which was then in power, who found in the organisation of the 1978 World Cup a perfect distraction from internal matters. In practice, it was a condemnation of everyone who decided to turn a blind eye to the dictatorship and enjoy the game despite the appalling crimes being perpetuated.

On the other side of the Atlantic from Freek and Bram, the increasingly volatile presidency of Isabel Martínez de Perón concluded in the National Reorganisation Process, a military dictatorship that ruled Argentina with an iron fist from 1976 to 1983. During this period, the infamous Dirty War took place: a period of social unrest and state terrorism, with government sponsored death squads relentlessly pursuing every kind of opposition. This period is also remembered for the Desaparecidos, tens of thousands of dissidents who were victims of forced disappearance at the hands of the regime, and the Madres de Plaza de Mayo, a group of mothers who tirelessly look for them.

The military junta found in the greatest show on Earth the perfect diversion from their misdeeds. Internally, the World Cup would calm down the dissenting voices in football-crazed Argentina. Externally, it would give them the chance to present its nation in a carefully curated way, putting their best foot forward with an international community who was already catching wind of the junta’s crimes.

‘We’re going to Argentina, where there’s killings every day / but there’s no time to think about that, Rep just scored!’  Freek de Jonge sang, while touring the country and promoting their LP on national media. The LP entitled Bloed aan de Paal cost 12.95 guilders. 3.50 would be destined to Amnesty International, a fierce critic of the junta, and the Dutch-Argentinian Solidarity Committee.

The tour and TV appearances were not nearly enough for the duo. They organised protests in front of the Argentinian embassy in the Hague. De Jonge and Vermeulen attended parliamentary debates, and were received by sympathetic political parties in order to discuss potential courses of action. This placed considerable political pressure on the conservative government of the day that liked the idea of cheering on the Dutch from the sidelines much better than taking any kind of action. Freek and Bram’s tour came to an end in the city of Groningen, to modest results. While young activists supported the movement and enthusiastically participated in the protests, the Dutch FA decided to go ahead and take part in the World Cup nonetheless. Footballers were personally approached on camera by the duo and asked point-blank about the dilemma they faced: representing their country at the Cup while condoning a cruel dictatorship, or abstaining and having to deal with the negative consequences for their careers. Sympathetic ears were few and far between.

Only midfielder Oeki Hoekema famously took a stance. Hoekema not only refused to play in the World Cup, but also started a petition and set out to gather signatures among fellow footballers against Dutch participation in the tournament. Additionally, he demanded his club, FC Den Haag, to add a clause in his contract exempting him from playing against clubs from authoritarian countries. Regrettably, Oeki’s initiative was also met with almost total apathy. He could not gather one single signature apart from his own. Hoekema was sadly never to play again for the Dutch national team.

During the opening ceremony of the World Cup, the Dutch team marched around the River Plate stadium in Buenos Aires to the tune of a military marching band, following a girl in a typical Volendam costume bearing the tricolor flag. The Netherlands went on to lose in the final against Argentina. It was a great victory for an inspired Argentinian team, and also a great PR stunt by an immoral regime that deeply scarred Argentinian society.

Qatar 2022: are those who do not learn from the past doomed to repeat it?

The ‘Aspire Zone’ is a 250 hectare mega sports complex in Doha. Its crowning jewel: the Khalifa International Stadium, a breathtaking, cutting-edge venue with room for 50,000 spectators. This complex was central to the Qatari bid to host the 2022 World Cup, and a decisive factor when the World Cup was indeed awarded to Qatar by FIFA. Behind the glitz and glamour of the stadiums and high-tech facilities lies the uncomfortable truth that forced labour was widely used to make it all possible. Migrants from neighbouring countries make up most of the workforce for the construction and upkeep of the complexes that will host the World Cup. Workers’ passports are taken from them when they are admitted into the grounds, and most are not allowed to leave. Without work permits or papers, workers are effectively locked in Qatar, and are forced to finish their contracts no matter what. Those who refuse to comply are turned in to the police, receive no pay, and are often deported. In February 2021, the governments of India, Pakistan, Nepal, Bangladesh, and Sri Lanka – the neighboring countries where a significant number of migrant workers are from – reported an estimate of 6,500 deaths resulting from the abysmal conditions in Qatar.

Just as in 1978, Amnesty International has been campaigning against the World Cup in Qatar. Will anticipation for the greatest show in the world once again outweigh moral concerns at this World Cup? Will campaigners be able to turn the tide and avoid a repetition of other tournaments organised by questionable governments?

Bram and Freek managed to mobilise an engaged and idealistic youth to care and demonstrate against crimes being perpetuated 11,000 kilometers away from home, yet struggled to galvanise support outside these circles. Since the 70s, technology has brought us together, and (youth) culture has changed greatly. How strong do you think opposition to the 2022 Qatar World Cup will be? Will fans from faraway countries abstain from watching the competition out of solidarity? Will players refuse to play?

Watch the opening ceremony and a clip of Neerlands Hoop on the YouTube channel of the Dutch Institute for Sound and Vision.

“Action Argentina”, or when a Dutch cabaret group protested the participation of the Dutch team in the 1978 World Cup in Argentina.

Next
February in Football