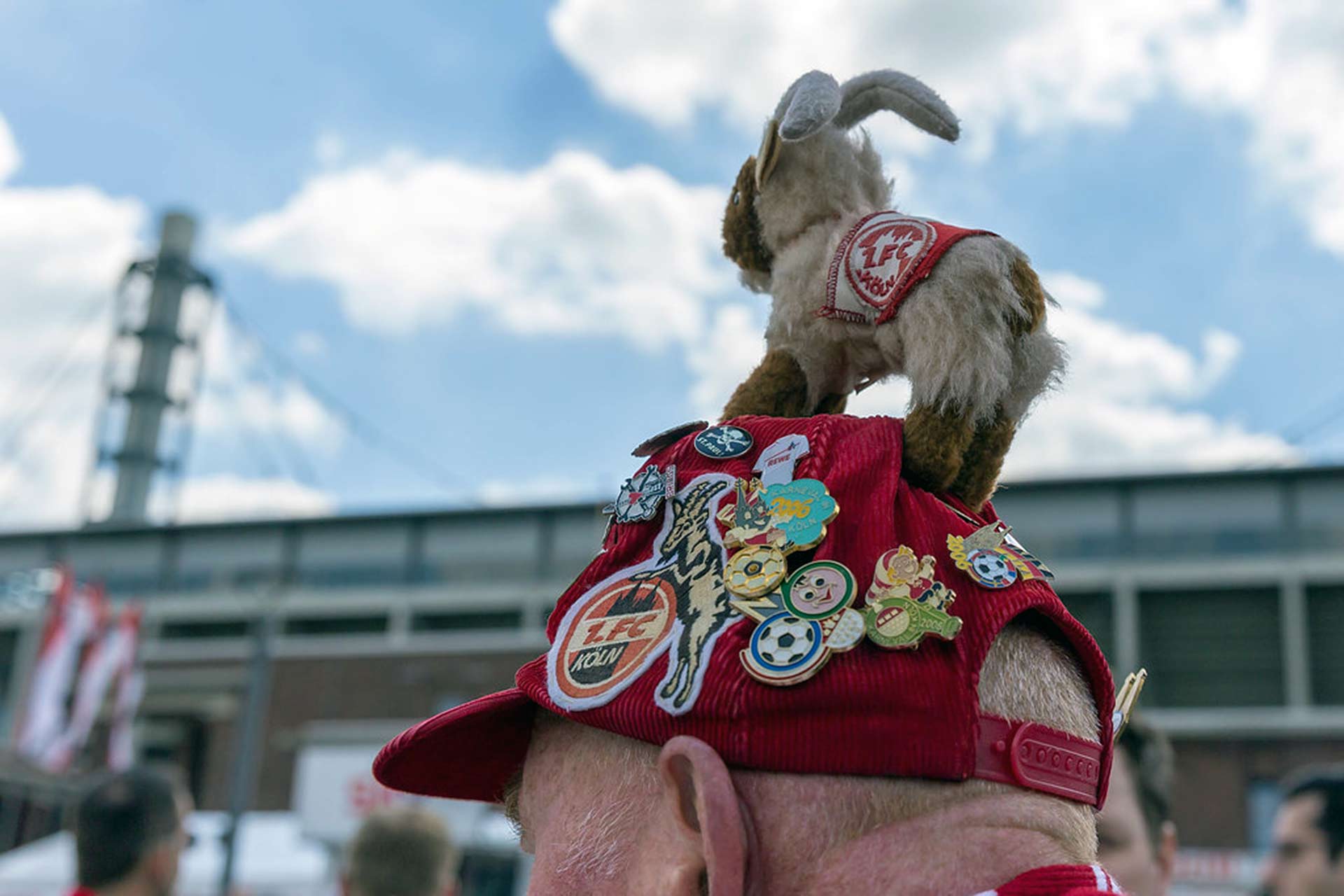 Home
Stories
On This Day
Animals of Football

Today, October 4th is #WorldAnimalDay. What better way to honour animals than telling the story of Hennes, 1. FC Köln’s Goat?

A carnival-inspired party was organized in 1950 to celebrate the second anniversary of 1. FC Köln, born out of the fusion of two local clubs. Local entrepreneur and director of the circus in Köln, Carola Williams, presented the team with a rather peculiar present for their anniversary: a young billy goat. In a slightly egomaniacal touch of genius, the 1. FC Köln player-coach, Hennes Weissweiller, decided to name the goat after himself. And so a legend was born: Hennes the first, symbol and hero of Köln. The fans loved Hennes so much that after a few decades the club’s crest was redesigned to include a drawing of him.

Hennes’ duties are of prime importance to the Kölnisch side: he is paraded before games and during half-time, and inspects the field carefully before kick-off. On occasion, when feeling cheeky, a few Henneses have managed to escape and invade the field, driving fans into a frenzy. This member of Kölnisch royalty has a home fit for a king at the local zoo. For 1. FC Köln, Hennes is a symbol of many things: it represents the enormous importance of carnival in their city, the light-hearted spirit of their supporters, and the loving respect of their local traditions.

Animals have always had a place in football. Butragueño will always be the Vulture. Falcao is the Tiger and van Basten the Swan. Likewise, the Wolverhampton Wanderers have revamped their image and are now better known as the Wolves. In Mexico, we have the Jaguars and the Pumas.

Some of these nicknames carry certain connotations and the stories of how they came to be can be very meaningful. Educators could work with students, asking them:

The German Football Club 1. FC Köln has a goat as a mascot. Here is a short story on why that is.

Next
Giovinette, a forgotten story